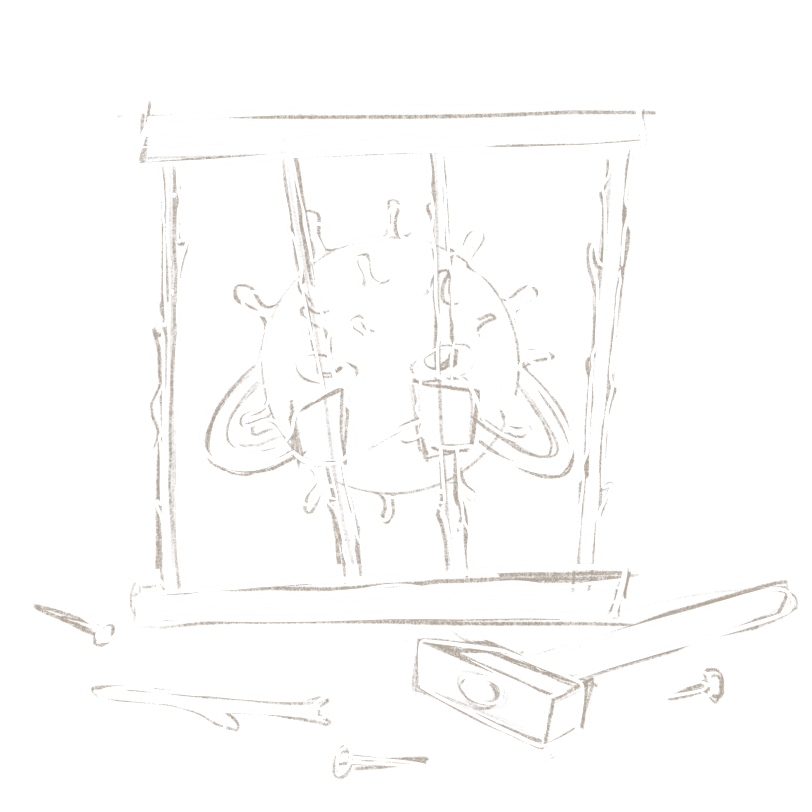 The crisis, brought on by the Coronavirus, put every country in the world to the challenge the likes of which we haven’t seen for decades. No one has a clear recipe for success and so diverse solutions are being tried. However one country in Europe is amongst the best in the world in managing the crisis, according to most health-related criteria - it’s Czech Republic.

Czechia has a very low mortality rate and the country put many regulations in place earlier than many of its neighboring countries, which followed weeks later or, in same cases, still have to follow in the future.

Can these success be attributed to the Czech Government? Only partially, at best.

The situation in Czechia had been very chaotic at the beginning of March, after the first Covid-19 cases turned up. The government put the drastic regulations in place in a very rash way, often announcing sweeping changes mere hours before they would come into effect. Even the Law on Activation of the Crisis Task Force had been amended moments before the said activation.

Even worse, on the frontline of the fight against the virus key materials, such as respirators, were in catastrophically short supply. The government had loudly proclaimed in January, that the supply is sufficient, however.

A huge wave of participation and volunteering came as a counter-reaction.

Already within a week the hashtag #rouškyvšem (Masksforall) spread massively in the internet. The Pirate mayor of Prague, together with his ruling coalition, declared a Face Mask Requirement in Public transport on his own initiative on 16th of March. Only in the face of public pressure did the government make wearing masks mandatory on 18th - and basically everywhere.

A new problem arose in that moment - there were no face masks for people to wear, as well as not enough respirators, protective garments or even disinfectant. Again, the civil society rose to the challenge. Hundreds, even thousands of private initiatives from individuals sewing masks, to whole companies producing protective gear sprang up from the ground. The civil society triumphed, where the government failed.

Almost two months have passed since the outbreak of the crisis in Czechia and now we can show the world the best projects that our civil society came up with.

We hope, that these will be a welcome inspiration.

The hashtag #rouskyvsem appeared in early May as soon as the quick spread of Covid-19 in Italy became known. Countries like South Korea and Taiwan served as inspiration, as their strategies in tackling the virus involved using Face masks. Various videos and guides for making a face mask appeared, as there were none to be had on the market.

Because the Face masks seemed to have worked in Czechia a collective of volunteers, scientists and expert grouped under the hashtag #Masks4Al. The goal of their website and videos is to convince the world public of benefits of Face masks in combating the virus.

A Guide for making a Face mask without sewing

Official Guide of the US CDC

Manufacturing of other protective gear

The lack of protective gear is still a worldwide problem at the moment. Decades of outsourcing of production to China has proven to be detrimental. As the european states cannot come up with the required quantities in a short enough time, the private sector and volunteers have to come up with alternatives.

The “N-Rouška” (N-Face Mask) is a low cost Face mask alternative. It is a plastic frame to which 4-Ply Tissues can be attached. It is thus easy to replace the tissues with low costs and effort. The frame can be printed out using any 3D Printer, the blueprint has been released by the authors for public use. However, it is not open-source, unfortunately.

Thanks to the widespread use of 3D Printers, even amongst small companies a private individuals can supplement their country’s insufficient logistics. Everyone with printer capabilities can be a hero!

Detailed instructions are also available for upkeep and sterilization of the shields:

The company also unveiled a platform for coordination of printing agents from the entire wordl:
https://www.prusaprinters.org/

These shields have been approved for usage by Czech health authorities. Official usage outside of Czechia should be consulted with the authorities there.

Before usage, the printed out respirator has to be fitted with silicon insulation and holding bands. In Czechia, the company 3D Tech is providing these to the registered users. Outside of Czechia, the users have to manage on their own.

This project was developed by the ČVUT as well. The RP-95 outclasses the other sought after FFP3 respirators on the market in several parameters.
As long as the correct instructions concerning sterilizing are followed, the respirator can be re-used and even passed between several users, thanks to replaceable filters.
However, due to the increased complexity it is not possible to print it using any 3D Printer, instead being only printable on systems with MJF technology. Unlike the aforementioned shields and Face masks, it is not so suitable for enthusiast, requiring an experienced company with the suitable (and expensive) machine.

The respirator had been approved for all-round usage in Czechia for 3 months in April.
The Blueprint is available for non-commercial usage, though download can only be commenced after a registration with a valid Serial Number of a HP Multijet Fusion Printer (4200, 5200)

One of the largest challenges in fighting the Coronavirus is getting the protective gear and help to the needy in the right place at the right time. Neither the state, nor the free market are up to this task just yet. The creative power of scientists, students and volunteers can help here as well!

The name of this platform is a play on the popular delivery service “Dáme Jídlo”.

It is a de-centralised, volunteer-based platform, which connects makers of Face masks and other protective gear with institutions and individuals, who need these.

Anyone can put up a demand or offer on to the map, the platform doesn’t take up a regulating role unless a commercial offer is posted. Money can still be demanded for the products, but only to cover the Manufacturing costs.

For digital non-natives, sending your offer/demand per email to the organisers is also possible.

Several sister-project have already been in established in Europe, based on the same principles and the same web infrastructure of the Czech company Mapotic.com.

This simple project originated in the opposition group “Miliony chvilek pro demokracii”. It is a simple Google Maps filter in which individuals, groups or institutions can post their offer/demand of help in the Corona Crisis (such as organised shopping for the elderly, baby sitting and so on).

This simple system is of course not perfect and cannot measure up to the effective state-organised volunteering networks that some developed countries have. In countries that do not have these, however, it is a viable and elegant alternative

Support of the local economy and society

Had Coronavirus threatened only our health, it would still be the greatest threat to our human society. Unfortunately, as a result of the restrictive measures everywhere in the world, the economy is suffering just like our health systems. The most threatened group is the one every politician loves to mention - the small and medium-sized business.

Not even the jewel of Czech Entrepreneurship, the Czech breweries, are spared by this threat.

For this reason, the campaing Zachraňpivo.cz (Savethebeer.cz) has been established in March. It’s goal is to save small and craft breweries that wouldn’t be able to get through the crisis on their own.

At first, the platform appealed to the public to buy the beer already brewed ahead of the crisis. Many craft breweries make unpasteurised or only slightly pasteurised beer, which doesn’t last for as long as the corporate brewery beer. Such beer is usually only available in small pubs and specialized shops that have been closed during the crisis.
The campaign proved to be successful and was reported upon by the world press as well: BBC.

The first part of the campaign is basically over, during the first month millions of portions of beer have been bought. The founders of the campaing (who themselves own a craft brewery) are now calling upon the beer consumers to order beer online to keep the production going.

Craft Breweries outside of the Czech Republic are similarly challenged, as well as many other specialized branches. In tackling this problem, there are no borders to the imagination. Everyone can help support his favourite market niche or hobby, according to his own possibilities!

The economical catastrophe caused by the coronavirus has a very personal dimension as well. It’s the individual human lives that have been turned upside down by the crisis. With the exception of state employees, workers in the vital industries and a few clever investors, almost everyone has accrued some loses in the crisis.

Some have been hit by the crisis so hard, however, that their situation can be described as hopeless.
It can be basically everyone from individuals and families to entrepreneurs and small business in a sector that has been particularly hit.

Because the social welfare net is, unfortunately, not without huge holes in some countries, the civil society, NGOs or even political parties have to help here.

One such example is the Pirate Lifebuoy in the Pardubice Region of Czechia. It is a community fund set up to help individuals, families and small businesses in a precarious life situation caused by the crisis, as well as to support NGOs and civic organisations in caring for the needy.

The Fund has been set up with a 200 000 Crowns (7300 Euro) initial endowment by the Czech Pirate Party. Applications for up to 5000 Kč are paid out directly. For any applications above this sum, a peer-to-peer fund will be set up. The public donations to the individuals, companies or organisations will be topped up by the same amount from the party funds up to maximum of 15 000 Kč.

The party will be using the platform https://znesnaze21.cz/

Similar funds can be set up by everyone - be it political party, NGO or simply a group of motivated fellows. Solidarity in times of crisis is the main goal here. Of course, some countries already possess a reliable and expansive network of such relief funds. In those cases, one doesn’t need to reinvent the wheel and can instead simply support an existing fund.